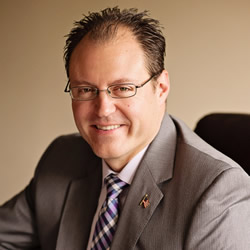 Brendan R. Appel has practiced law at some of Chicago’s top law firms, including Katten Muchin Rosenman, concentrating in property law since 2000. He concentrates in both residential and commercial real estate transactions, drafting all types of contracts (including installment contracts, lending and leasing documents, asset purchase agreements, sale contracts and more), and real estate litigation. He has been admitted in Cook County litigation as an expert witness in real estate litigation, and has also served as Vice President and General Counsel to a local title company. Mr. Appel has written several chapters for Continuing Legal Education courses on real estate and landlord-tenant law, and is currently slated to be a speaker at DePaul Business & Commercial Law Journal’s annual symposium “Lending & Litigating: A Look into Chicago’s Commercial Real Estate Market.”

Mr. Appel has also devoted significant time to several Pro Bono litigation and counseling matters. In particular, he has assisted clients of the Center for Disability and Elder Law, where Mr. Appel served as a Public Interest Law Initiative (PILI) fellow.

Mr. Appel is admitted to practice in Illinois, as well as the United States District Courts for the Northern and Central Districts of Illinois and the Eastern District of Wisconsin.

Mr. Appel earned his law degree from DePaul University College of Law with honors and was inducted into the Order of the Coif, a distinguished legal society reserved for the top law school graduates across the country.